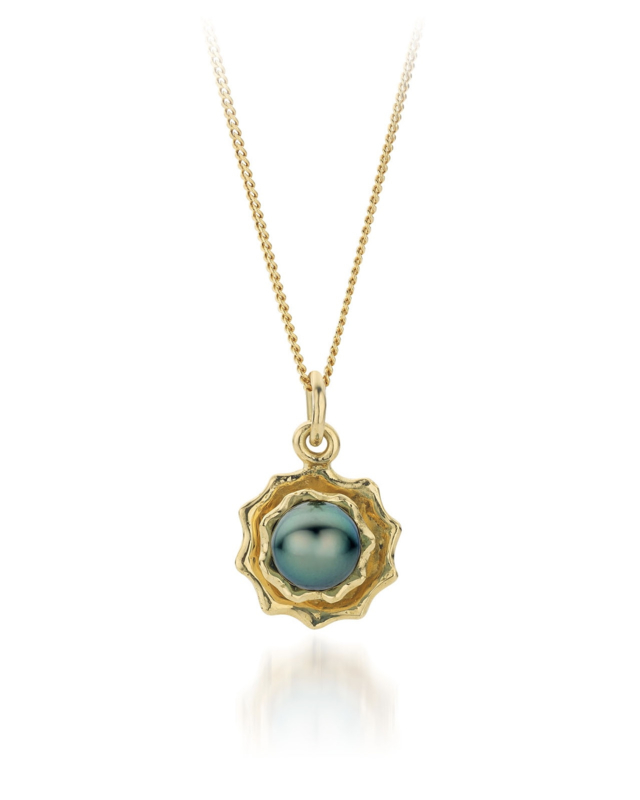 Pendant necklace in 18k gold with a beautiful Tahitian pearl.

We have matching earrings.