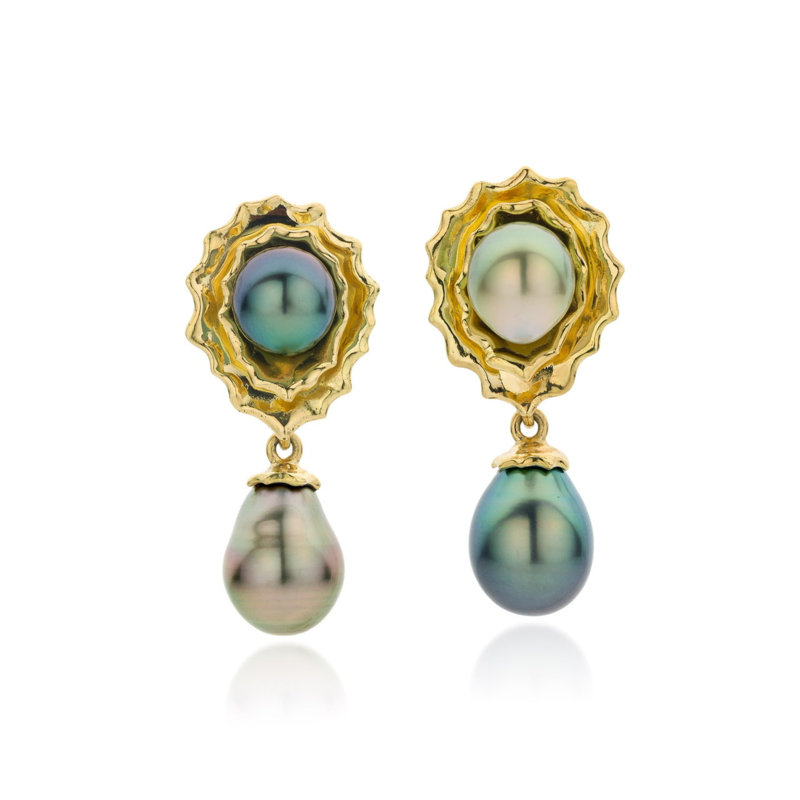 The textures in the gold are made by melting the gold. It takes a deft hand on the torch to get the desired results. It produces a ridged or ripply surface through controlled heating. The ridges are more pronounced than any other surface treatment. You can never get the same result twice, so a piece is always unique.

Top part about 22mm
Under the ear about 14mm

One of a kind!