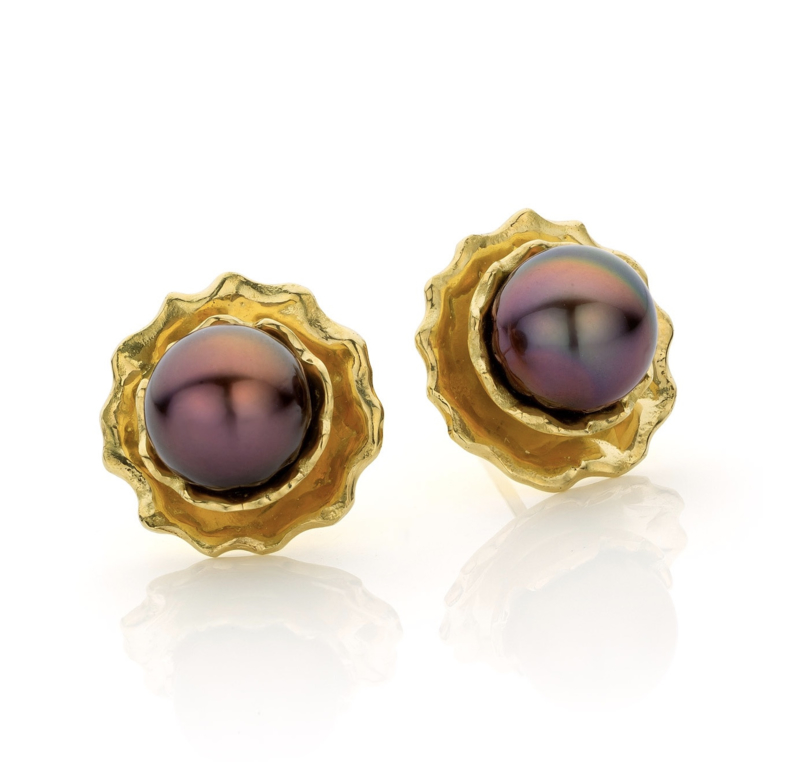 Tahitian pearl colours can vary from deep black, grey and white (from albino molluscs) to rare grass green. Our Tahitian pearl earrings have a dark aubergine and purple colour with a beautiful luster.

Fun fact:
Did you know Valina means strong and healthy?